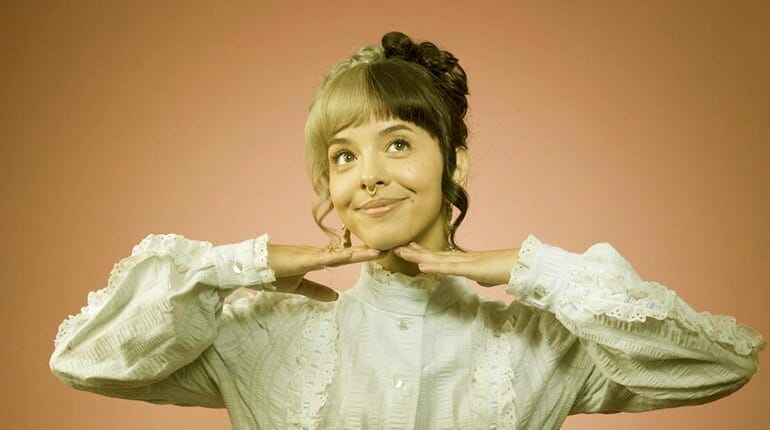 Melanie Adele Martinez is a New York-born musician, actress, and scriptwriter. Her big break came back in 2012 after she was chosen to be a part of the Voice. When she was done with the series, Melanie dropped her debut single, Dollhouse, after she was signed to Atlantic Records. If you had to describe Martinez’s music, the aptest genre would be alternative pop.

As a celebrity, she has been approached by several brands to endorse a range of different products. These include brands like Lime Crime. Are you curious about her sexuality? Read the paragraphs ahead.

Who is Melanie Martinez?

Melanie Martinez is a singer who has released songs like Play Date, Pacify Her, Class Fight, and Mad Hatter. Some of her earlier influences include the likes of The Beatles, Shakira, Britney Spears, and Biggie Smalls. These musicians inspired her to pursue a career in the same field.

When Melanie was just a teenager, she learned how to play the guitar through a few chord diagrams of her favorite songs. 2012 was a critical year for her career.

Not only did she get to take part in her school’s Varsity Talent Show, but she was also a contender on the Voice. The latter came after she sang ‘Toxic’ in front of celebrity judges, CeeLo Green, Adam Levine, and Blake Shelton.

When asked where her inspiration comes from, Melanie cited famous musicians like Regina Spektor, Feist, and Zooey Deschanel. Regarding her career in film, Melanie Martinez appeared in the 2019 film, K-12. She is credited as working as the composer, director, and writer.

One exciting thing about Melanie’s personality is her look. After watching 101 Dalmatians, she was inspired to style her hair like the main villain, Cruella de Vil. This and her baby doll look are some of her famed looks.

Melanie Martinez was born on the 28th of April 1995 in Astoria, Queens. It makes her 25 years old as we speak. Melanie is the daughter of Jose and Mery Martinez. Her mother is Dominican in reference to her heritage, whereas her father is Puerto Rican. Judging by her date of birth, she is a Taurus. It perfectly explains her determined nature. How else would you explain her going so far in the voice?

Melanie Martinez’s sexuality; Is she gay?

This is a question that has been on the minds of everyone since December 2017. At the time, Melanie faced a serious sexual assault allegation. A woman named Timothy Heller came out claiming that her friend, Melanie, had raped her.

Melanie was very vocal on Twitter in refuting the claim. She said that she was not the type of person who’d force someone to have sex. Melanie added that everything that happened between her and Heller was completely consensual. 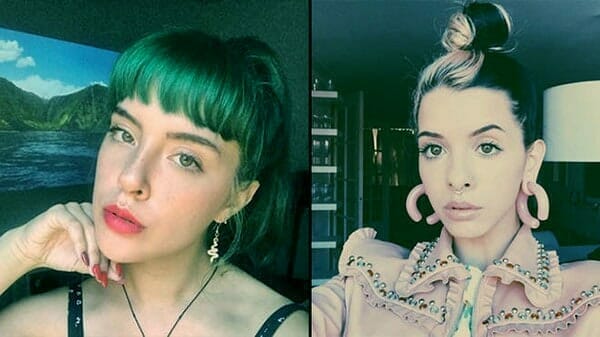 At no point did the latter say no. Melanie explained that the two had been friends for quite a while before they decided to take things to the next level. Heller responded to the tweet by sticking to her initial story. She also added that this was the reason assault victims did not speak up. So to answer the question, yes, Melanie Martinez is gay.

Being a musician on the rise, it comes as no surprise that Melanie is very active online. On Instagram, she has about 8 million followers. Most recently, she has used this platform to promote the social movement, ‘Black Lives Matter.’