Is Eric Stonestreet Gay or Married to a wife? Is he dating a girlfriend? 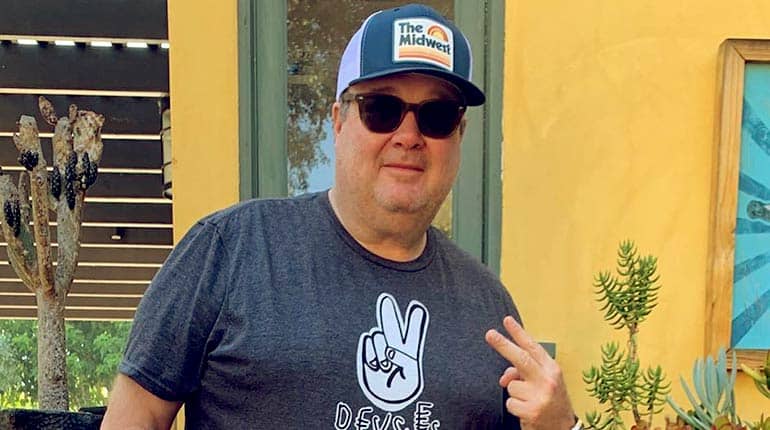 Eric Stonestreet is probably one of the most treasured supporting cast on ABC’s sitcom Modern Family. He plays, Cameron Tucker the gay husband to Mitchell Pritchett, as portrayed by gay actor Jesse Tyler Ferguson.

Eric Stonestreet’s gay role landed him three Emmy nominations, two of which he won plus tons of other recurring roles. As such, fans have often questioned his sexuality or whether Eric Stonestreet is married to a wife. The answers to that and more on his personal life lie here, so read till the end.

Eric Stonestreet is Not Gay.

On the contrary, the two-time Emmy Award actor has often described himself as openly straight despite playing a gay character. Some fans might even add that he looks gayer than his actual homosexual on-screen partner. However, that’s just been stereotypic.

The phrase, gay-for-pay has often come up between Stonestreet and Jesse Tyler in an amicable way. This is not something new as most heterosexual actors these days are versatile to take up both roles.

Eric doesn’t mind it, though. He applauds and supports the LGBTQ community the best way he knows how.

The Modern Family actor stood his ground and refused to get a picture with Rick Santorum, the former Senator for the state of Pennsylvania. During his tenure, Santorum outlawed same-sex marriages – an opinion he holds firmly to this day.

Now that we’ve cleared that part out, the 48-year-old actor does have a special place in his heart reserved for someone. Her name is Lindsay Schweitzer, and they have been dating since 2017. 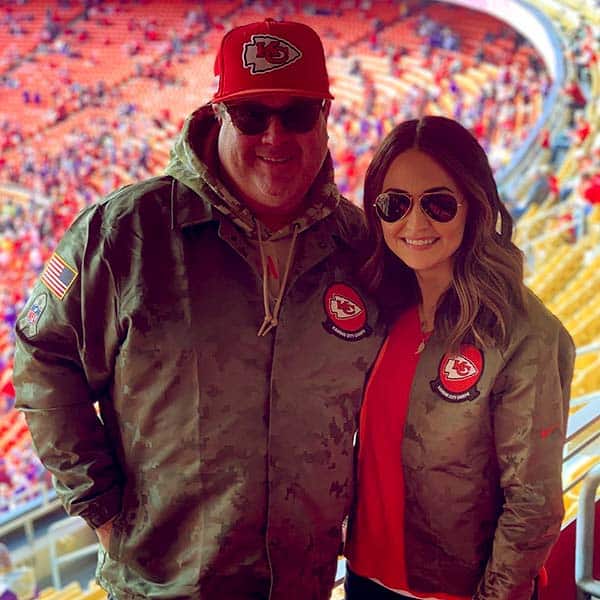 They have gone on vacations together and even attended the Super Bowl once. On the outside, both have a playful relationship with Eric being the mastermind of pranks.

Schweitzer adores him and doesn’t mind his jokes; after all, she is a pediatrician and knows all about dealing with childish acts.

So, far there have been no known marriage rumors or cheating allegations. We are yet to see if Lindsay Schweitzer will be Eric Stonestreet’s wife.

To go the extra mile further and show you just how straight Stonestreet is, we compiled a list of all his known ex-girlfriends. The actor is not known to blast details regarding his personal life, but sometimes, word gets out.

Eric Stonestreet’s first famous girlfriend was with broadway actress Katherine Tokarz. They consistently together for three years before breaking up in 2012. The reasons for their split remains unknown. 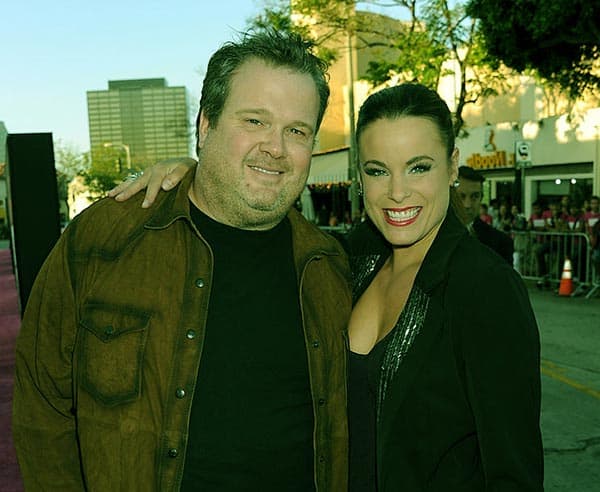 Next, up on the list is the comedian’s E alleged affair with reality TV actress, Bethenny Frankel. They had a thing back in 2015 before it ended abruptly.

Moreover, rumors then began swirling of his love affair with Hollywood A-lister Charlize Theron. However, he took it to light and even joked about cheating on her with Halle Berry. 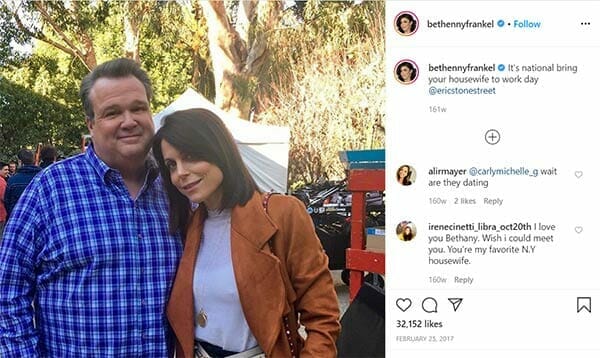 “I wish fans would stop spreading rumors that Charlize Theron and I are dating. It’s starting to make Halle Berry jealous. She was so cold to me this morning when she saw the rumors. It was just quiet – fork and knife on the plate. Halle and I weren’t speaking at all. And I’m like, ‘Halle, listen! It’s just a rumor. It’s not real.’ “

For a guy who was pretty hushed upon his previous relationships, Eric Stonestreet’s love for his girlfriend is visible.

So far, almost a quarter of his Instagram uploads are photos of him and her sharing chilling or celebrating different occasions. When he is not busy, the actor loves promoting the Kansas City football team.

He recently donated 200,000 meals to HarvesterORG in Kansas City to help fight the pandemic that’s swept across the world. With 1.8 million fans on Instagram and 856.4K fans on Twitter, he is bound to touch the hearts of some philanthropists to follow suit.